The World Federation’s Islamic Centre in Kathmandu, Nepal organised celebratory programs in the months of Rajab and Shab’aan 1442/2021

Please see the details of the activities conducted below:

13th Rajab: An interfaith celebratory event on the occasion of the birth anniversary of Imam Ali (a) on February 27th 2021. This was the first interfaith program that took place after the restrictions on movements were lifted and was held under the banner of “Ali Day” to honor the birth anniversary of the Commander of the Faithful. The Resident Alim of our Islamic Centre hosted the event and over 150 people including men and women took part.

Spreading awareness about Islam and the life and personality of Imam Ali (a) were the main objectives of the Ali Day event. The Centre sent out invitations to members of the Hindu, Buddhist and Christian communities to promote peace and encourage interfaith activities and they welcomed and attended in good numbers. 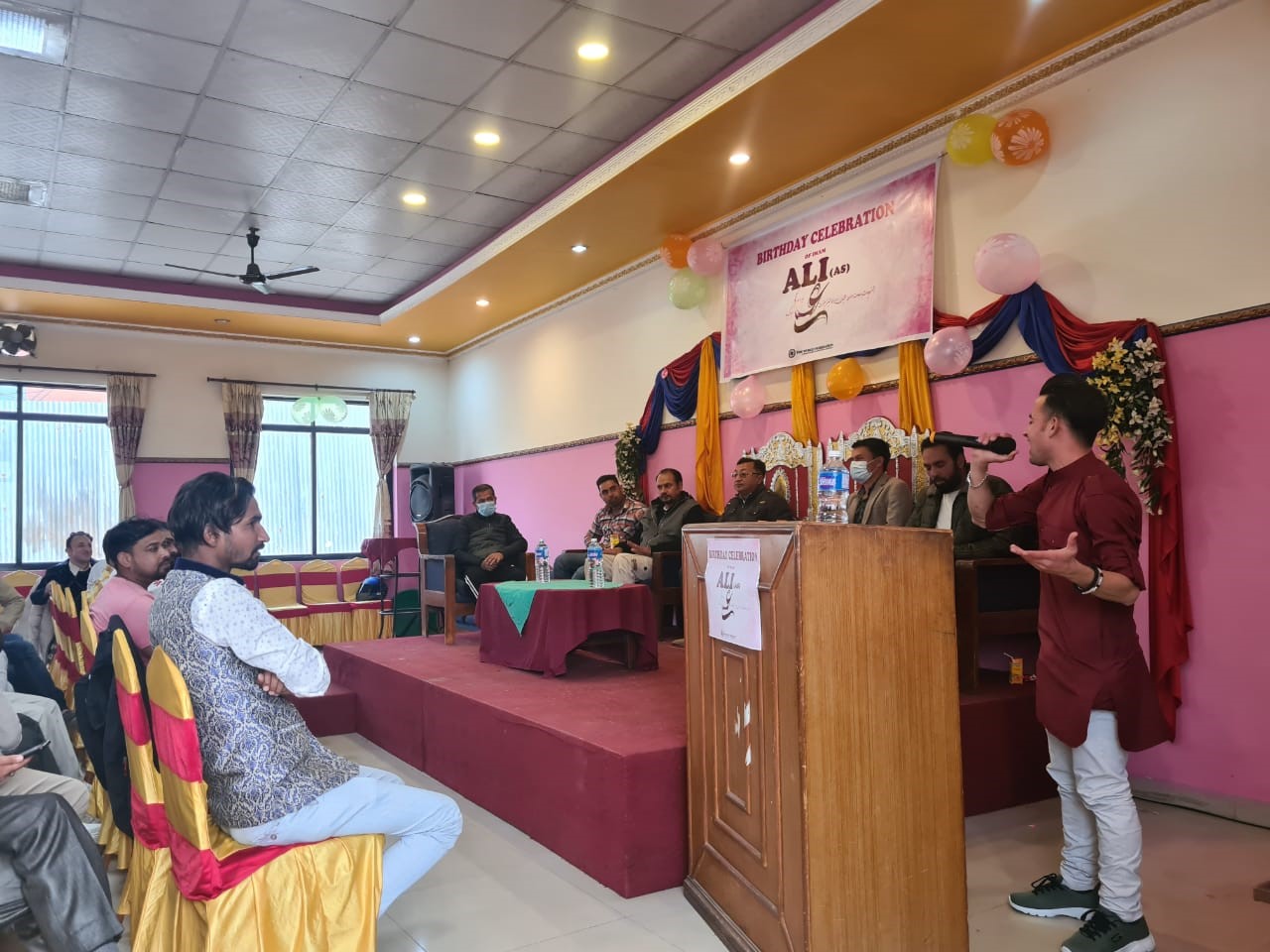 Twelve poetry reciters were called, who eloquently engaged the audience in both Urdu and Nepali languages. One guest speaker presented his talk in English and highlighted the views of world leaders on Imam Ali (a). Dr. Zainul Abideen delivered also a short speech introducing Imam Ali (a) as a role model for humanity at large, and emphasized on Imam’s generosity, justice, love for orphans and his contributions towards human rights that every nation needs to learn. The program concluded with the cutting of cake and dinner that was organized by the Centre.

For the first time, people from different faiths and schools of thought like Christians, Buddhists, Hindus and Muslims celebrated the birth anniversary of Amir ul-Mu’mineen (a) together and many Non-Muslim attendees took an active interest, eager to learn more and asking for books in Hindi or Nepali language about his life. An article covering this event was also published in the local news in the Bengali language.

Towards the end, everyone echoed the sentiment that this was one of the most successful interfaith event organized in the capital city of Nepal.

03rd Shab’aan: On the occasion of the birth anniversary of the Master of martyrs, Aba Abdillah (as), the Centre organised a Mowkib on the most famous and busiest street of Nepalgunj city, which is one of the largest city in the country.  Such program was organised for the first time in Nepalgunj with the aim of delivering the universal message of Karbala to people of all nations. 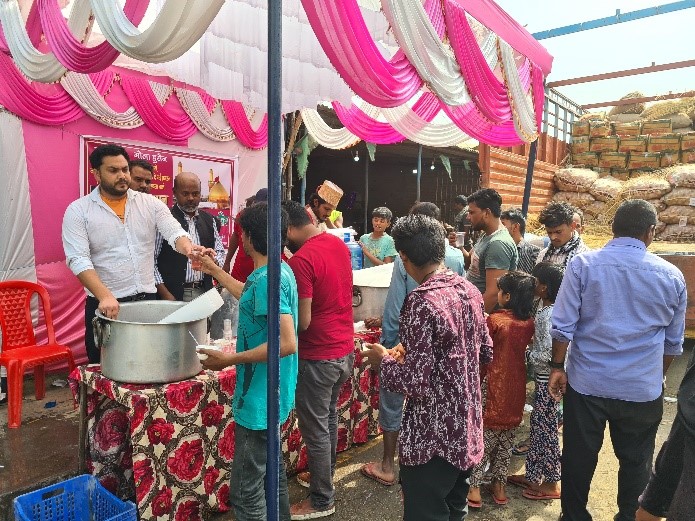 Our volunteers distributed juice, cold drinks, sweet-dishes and a book on the biography of Imam Husayn (a) in the Nepali language to around 500 people including students, male and female, irrespective of their religious backgrounds.

The Shia members who participated enthusiastically spoke about the humanitarian values and great sacrifice of Imam Husayn (a) with the locals and we even had some Hindu and Sunni families helping and contributing for this program. 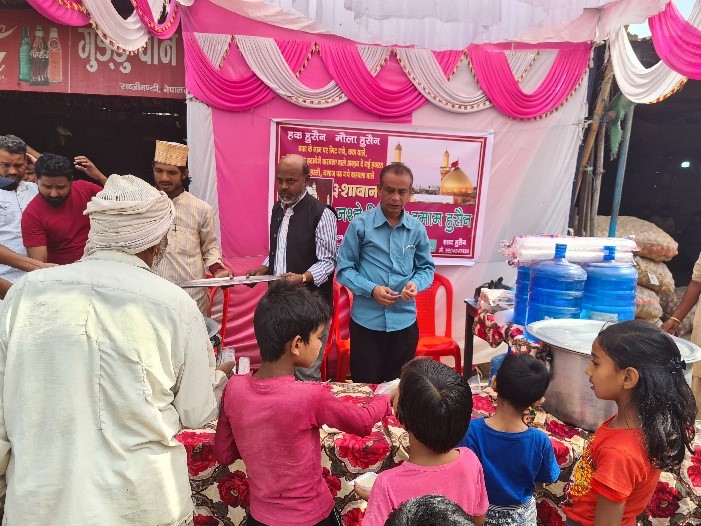 Seeing our distribution, one local shopkeeper got inspired and brought packs of sweets and another individual handed over water bottles for distribution in the name of Imam Husayn (a)!

Overall, it was a great event and our Centre successfully demonstrated a good message of peace, fraternity and unity in front of Hindu, Christian, Buddhist and Sunni communities. At the end, the Hindu neighbourhood acknowledged this wonderful initiative as an act of humanity and brotherhood and the local people got good awareness about Imam Husayn (a) and shared their emotions on this occasion. This was a wonderful opportunity for interaction and Q&A with people from all other religious denominations. 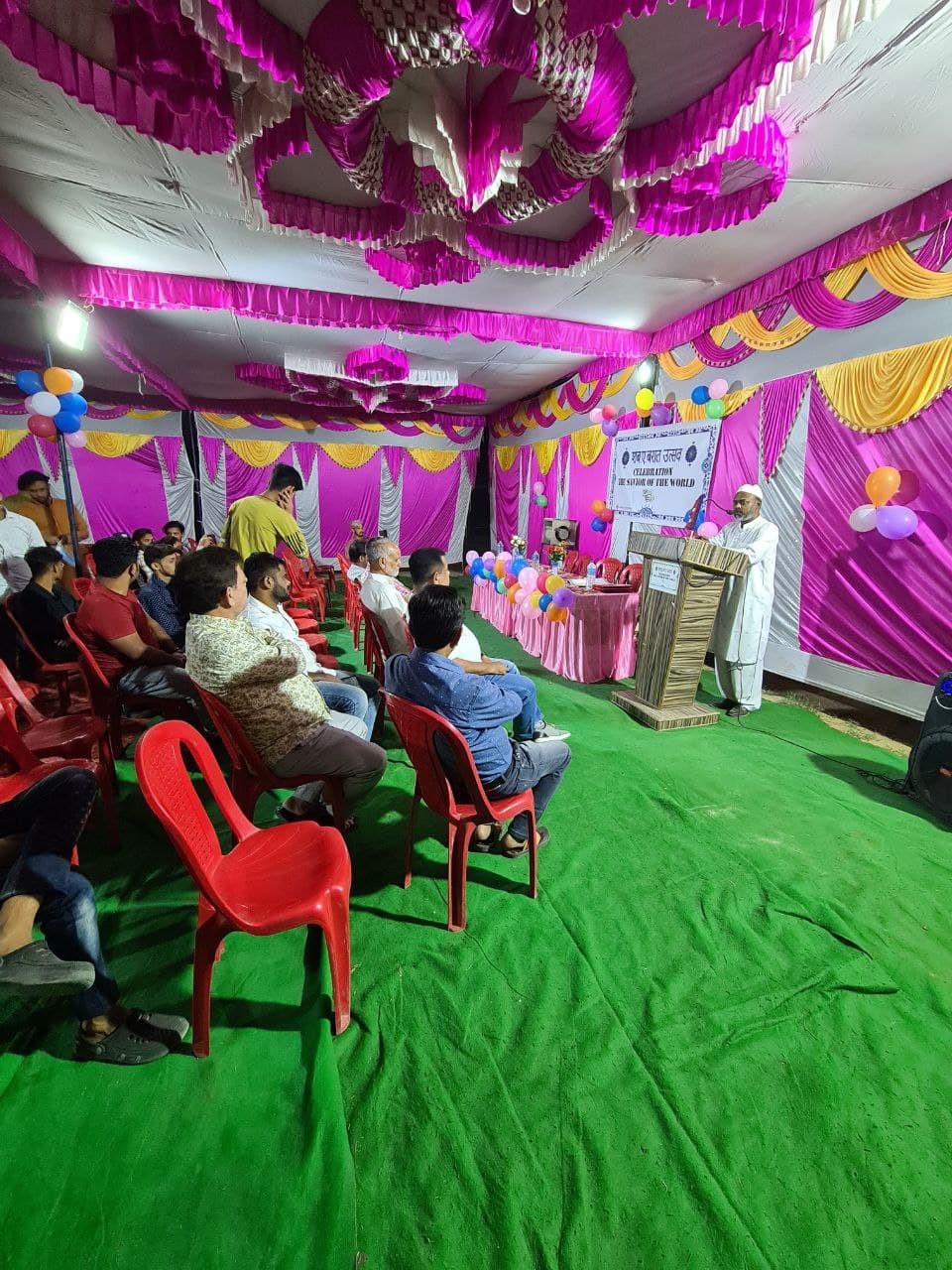 15th Shab’aan: For the birth anniversary of our Master Imam Mahdi (atfs), our Centre organised an Interfaith seminar-cum-grand celebration on the 3rd April 2021 titled “The Savior of Humanity”.

Over 200 people, including 53 members of the Hindu community, 15 members from the Christian community and 7 members of the Buddhist community participated in this event. The celebration was organised in a park in a posh area of Kathmandu, the capital city.

The Centre had made special security arrangements and decorated the park with tents and placards. Our Shia brothers from the entire country participated in the program, including those who live very far, on the border areas of Nepal.

The program started with a marvelous recitation of the Holy Qur’an. The Resident Alim of our Centre presented an eloquent speech and narrated the traditions related to an “Awaited Savior” from the Muslim, Hindu, Christian and Buddhist religious books. We had also poets and other reciters who contributed and enlightened the crowd with their touching poetries. At the end, everyone stood up in respect and echoed Dua Al-Faraj. 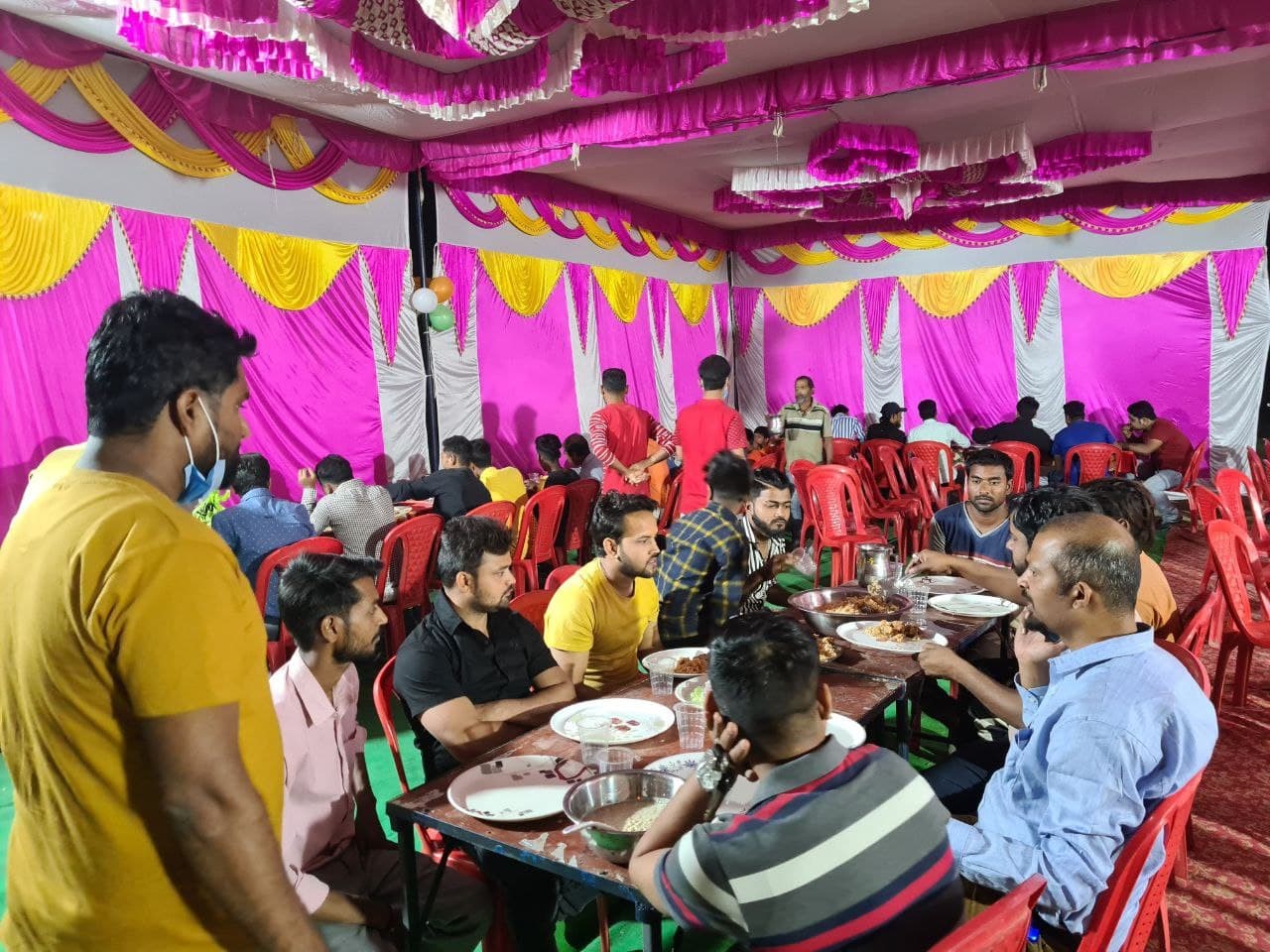 The event concluded with dinner, which enabled the participants from all four religious groups to interact and exchange their views. Again, our Maulana who has specialised in different Abrahamic and non-Abrahamic religions played an effective role in answering carefully all the questions that were addressed to him, specially from the youths.

Alhamdulillah, this program was a big success and a milestone towards Da’wah and interfaith discussions. 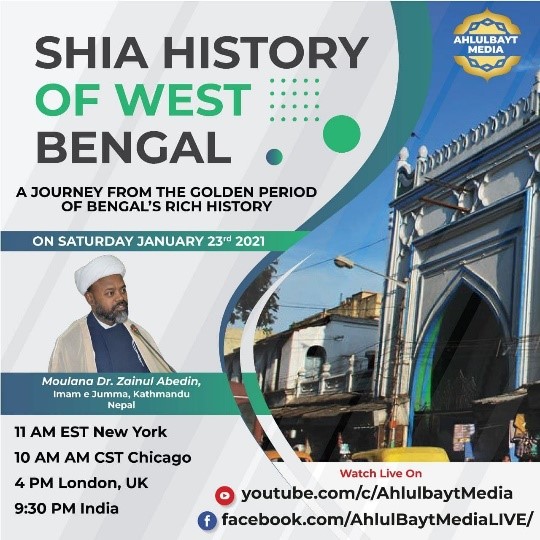 Through a dedicated YouTube page, the Resident Alim of our Centre uploads short video messages in Urdu and Nepali languages, which are shared among the community members through social media.

The Centre is also continuing with the biographies of 72 Martyrs of Karbala and the online Qur’an learning classes that was launched last year in September. The Qur’an classes are open for all Muslims to participate in and there are a total of 109 participants from 23 families. Alhamdulillah, now these participants can read the Holy Qur’an easily.

The Centre also distributed the Housing and Utilities Grant to 18 needy and refugee families/78 people during the blessed months of Rajab and Sha’baan and Insha’Allah will have a much larger distribution during the holy month of Ramadan.