The World Federation’s Bosnia Desk was set up in 1992 under the leadership of Marhum Mulla Asghar Ali MM Jaffer and Mulla Muhsin Jaffer, for the purpose of the propagation of Islamic Shia Ithna Asheri faith amongst the Bosnian community. The Desk was active within the Dar al-Tabligh office in the UK for thirteen years, until it moved to Bosnia in 2005 and was registered officially under the name Fondacija Zivot.

Bosnia and Herzegovina is a country in South-Eastern Europe with a 50% Muslim population. The majority of Muslims in Bosnia follow Hanafi mad’hab and Sufism plays an important role in the Bosnian culture. Shia Islam has few hundred followers that are spread across the country.

In 2007 the first Shia community centre was built. This is the only Bosnian Shia centre that exists so far and is situated 23 kilometers away from the capital Sarajevo, with several Shia families living in its vicinity. It is the focal point for our activities as it houses the office of Fondacija Zivot. Our office manager has made significant efforts in making this Centre an institution for education and research projects.

Our Bosnian desk’s vision is to have an independent, confident, and religiously committed Bosnian Muslim Shia Ithna Asheri community, which is respected and recognized in the society for its dedication and contribution to the common good.

Our vision is reflected through the various activities that the Centre has undertaken or is planning to undertake in different areas:

1. Programs at the Centre

2. Activities for Children and Youths

3. Publishing and Distribution of Literature

• The Centre aims to publish at least two books every year

• Supply books on Shia Islam to the local libraries

4. Propagation through the Media

• Building rapport with organizations and individuals sympathetic to the Shia faith

• Establishing contacts with professors and students at different schools and universities

• Making small donations on humanitarian grounds to those in genuine need

• Organising meetings and discussions with the Catholic and Orthodox Churches

• Keeping away from inter-Muslim disputes and hostilities

• Provide the followers of Ahlulbayt (as) an opportunity to present rational arguments and quality evidence on issues concerning a public, social, or religious topic of current interest

• Assisting students in enrolling in degree programs at the Faculty of Social Sciences in Sarajevo, at one of its five departments: Sociology, Social work, Journalism, Political science and Security & Peace studies

The Centre’s accomplishments in the year 2020

Despite the virus being on the rise, the centre was kept open for daily prayers but was restricted to a limited number of attendees while observing the government guidelines to minimize the risk of spreading infection. Programs like Dua-e Tawassul on Tuesdays and Dua-e Kumail sessions on Thursdays also took place without intervals. 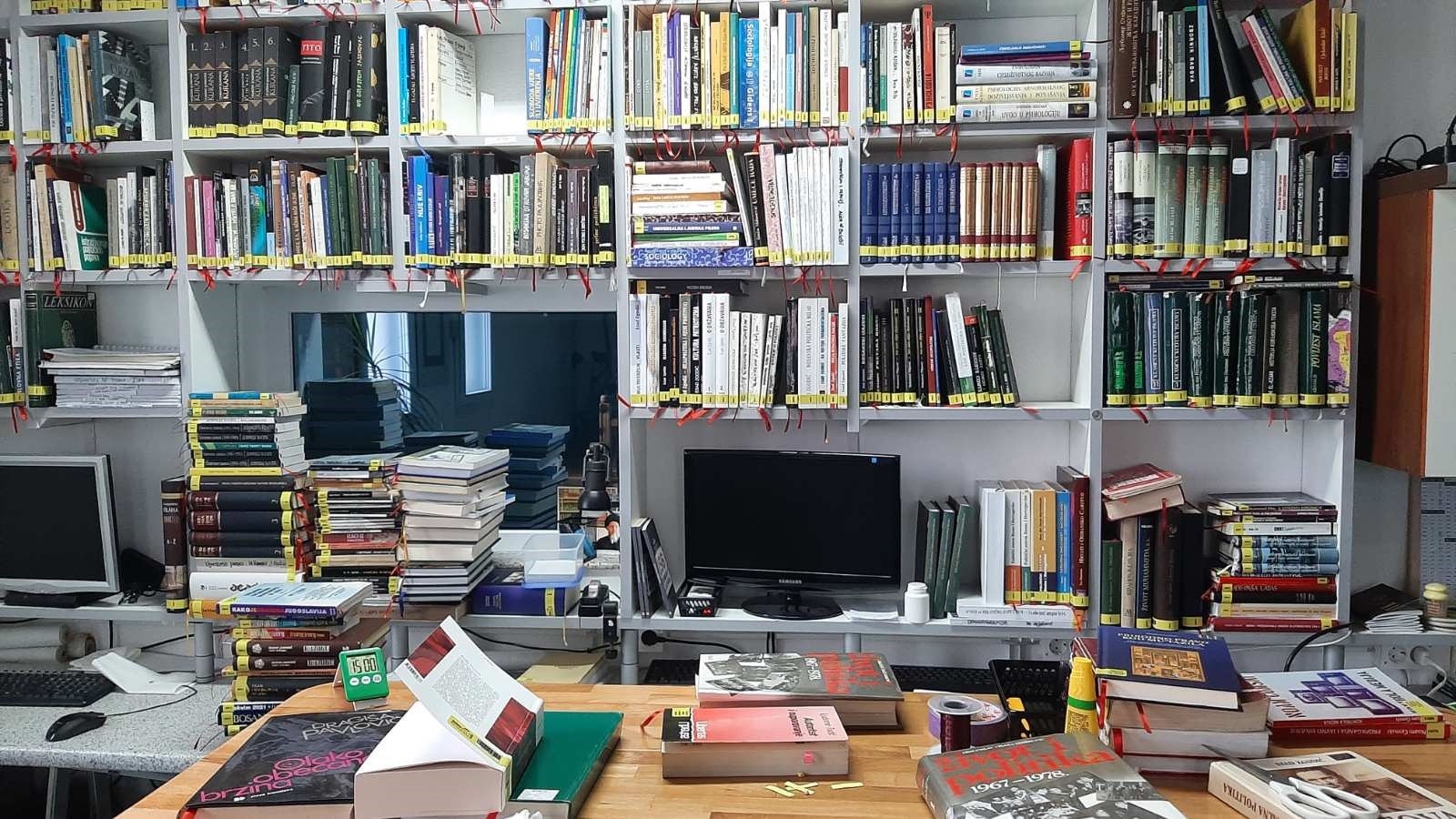 Our Bosnia Desk obtained 654 new books on the topics of Sociology, Psychology, Social Work, law, and History. Each book has a sticker with a unique library number that is scanned and entered into a computer database with all details. Shia students borrowed our books for their bachelor and masters’ studies. The Centre also attracts visitors from the Sunni community who use the library and a Christian Priest of the Seventh-day Adventist Church also visited to tour the library.

We installed roof gutters heating system with thermostat to protect the roof against icicles and bursting gutters; a problem that we have been facing during previous winters. We also replaced the wooden doors in the women’s washrooms as they were rotting. 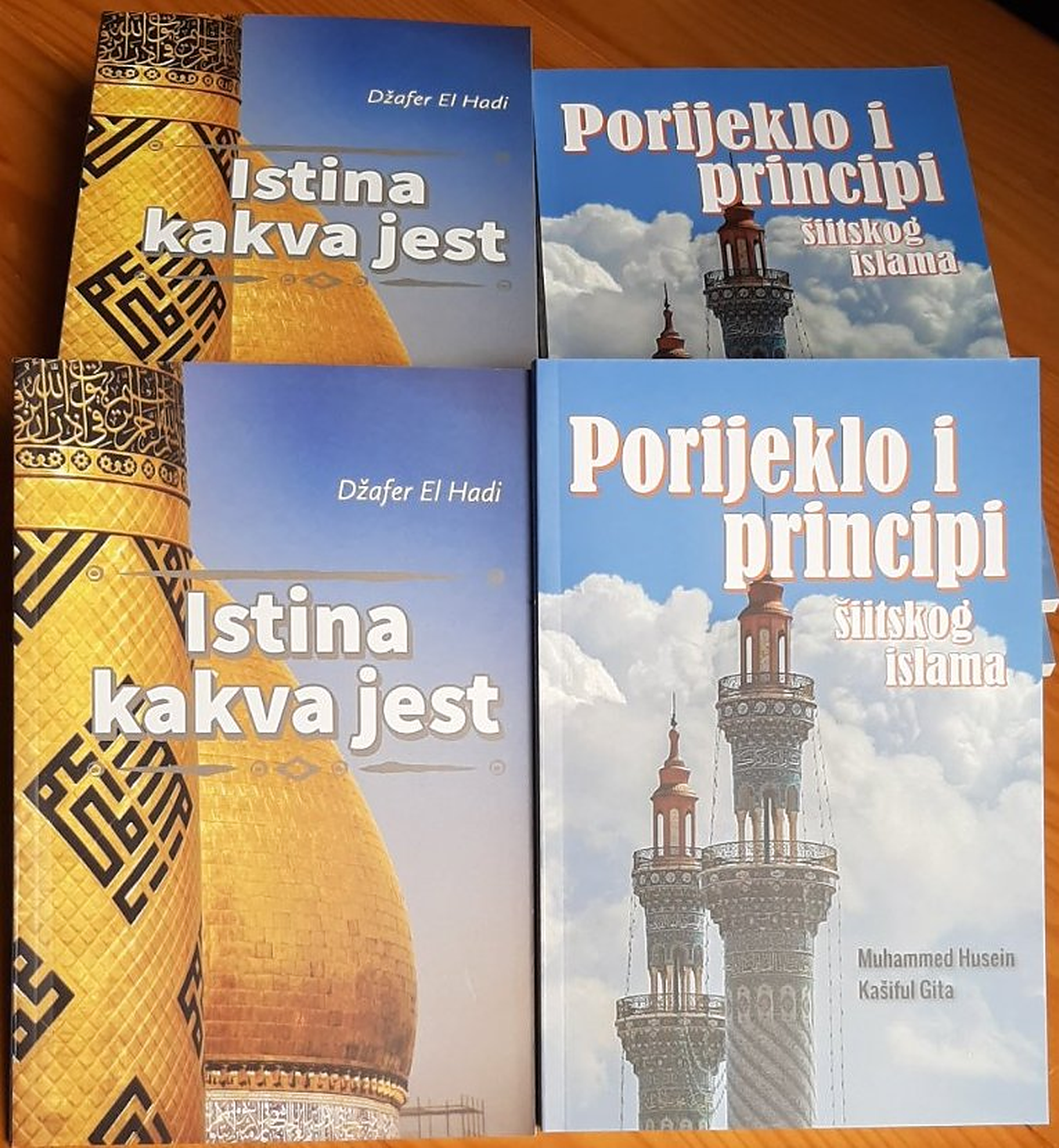 The World Federation’s Bosnia branch translated, published and distributed 2 books: ‘Istina kakva jest’, translation of ‘The Truth as it is’ by Marhum Shaykh Ja’far al Hadi, and ‘Porijeklo šiitskog islama i njegovi principi’, translation of ‘The Origin of Shia Islam and it’s principles’ by Marhum Muhammad Husain Kashif al-Ghita’. 32 books of different titles were also donated to a library in the town of Srebrenica.

The Centre held two evening courses on the Arabic alphabet designed for beginners in order to enable them to read the Qur’anic script. Each course had 14 lessons. We have also started with the translation of the Holy Qur’an into the Bosnian language and have translated Surah Al-Fatiha, Al-Alaq, Al-Muzammil, Al-Mudaththir, Al-Lahab, Al-Takweer, and Al-A’laa so far. 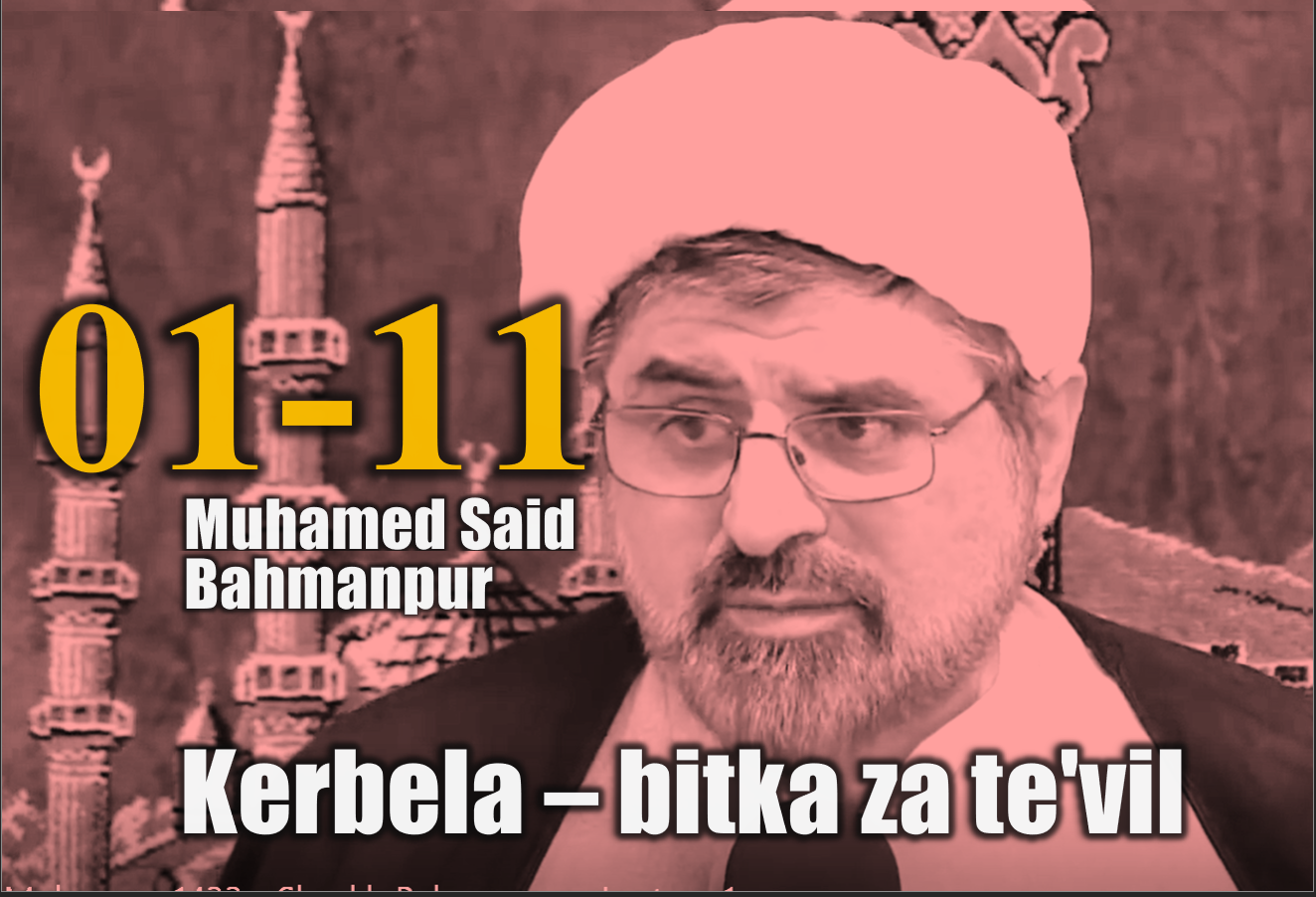 The eleven video series titled Karbala – a Battle for Ta’weel, by Shaykh Dr. Muhammad Saeed Bahmanpour was translated and subtitled and thereafter screened for the audience during the 10 days of Mahe Muharram. These videos were also uploaded onto the Centre’s YouTube channel.

The Centre also produced and published a 16 video lecture series titled ‘On the track of Revelation’, which was also made available on its YouTube channel. These videos were produced to answer questions such as ‘How did the revelation of Qur’an start? What is the proof that the monotheists from the progeny of Prophet Abraham (as) lived in Mecca, and that the Prophet (saw)’s Parents were among them? Etc’. These videos were also played on Thursday nights during the weekly online programs.

The Manager of our Centre who resides there also gave an interview for the Bosnian weekly magazine ‘Start’ about how Bosnian Shias were affected by the propaganda against them and also discussed the problem of religious intolerance. 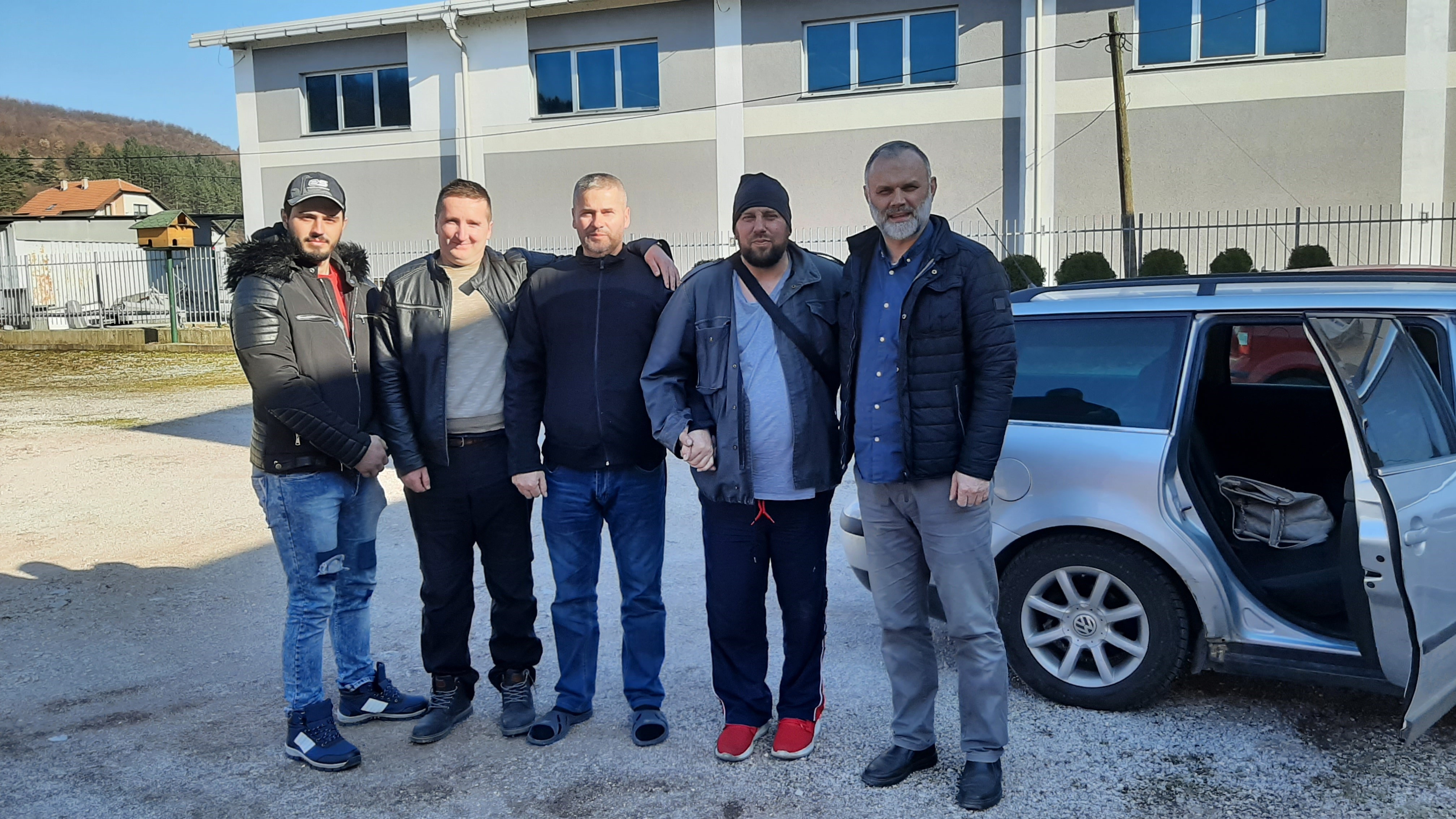 Our External Tableegh team in Bosnia attended several programs at the local Sunni mosque, including Jum’ah prayers and participated in a donation forum for surfacing the local road with tarmac along with the local residents.

The Mutual Aid fund was established in the year 2005 when several Bosnian Shia families were given interest-free loans for building their houses. The loan returns were used to establish a fund for helping others in need. In the year 2020, interest-free loans were given to families for installing heating systems in their houses and two students for their bachelor’s course in medicine and master’s course in physics.

We have planned a few projects that Inshallah we are looking forward to implementing this year:

We would like to sincerely thank our dedicated team in Bosnia and our sponsors for their continuous support towards our Tableegh activities. May Allah (swt) increase them in Towfeeqaat, Ameen.